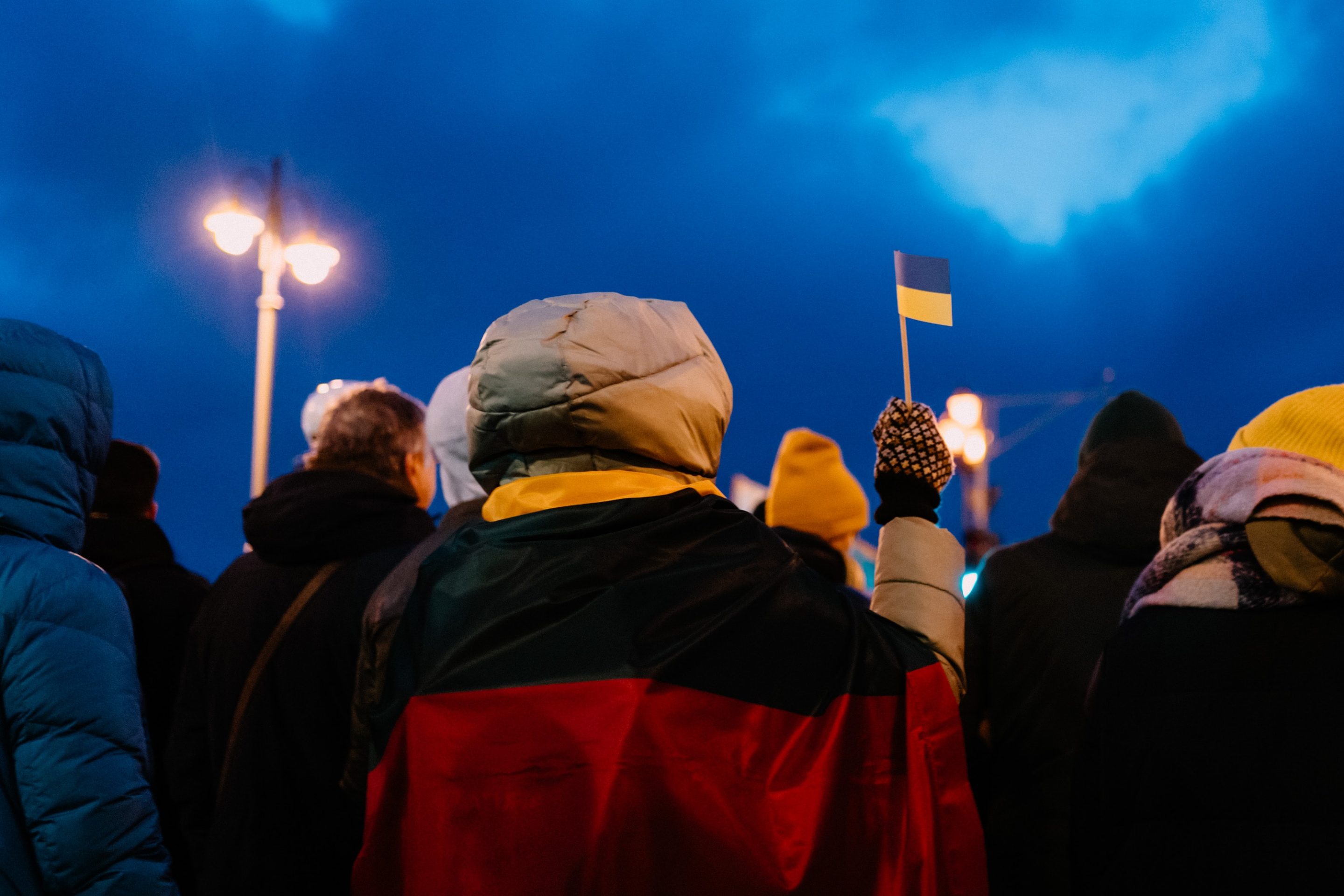 As the Russian invasion continues in Ukraine, we may be seeing a further increase in energy bills and living costs.

Although Russia supplies only 4% of the UK’s gas,  the EU relies heavily on Russian energy – which normally accounts for over 40% of its ongoing supply.

The Russian invasion has put a lot of pressure on the energy wholesale market. On 7 March, UK wholesale gas prices soared to a record high of 800p per therm – compared to 45p a year ago. 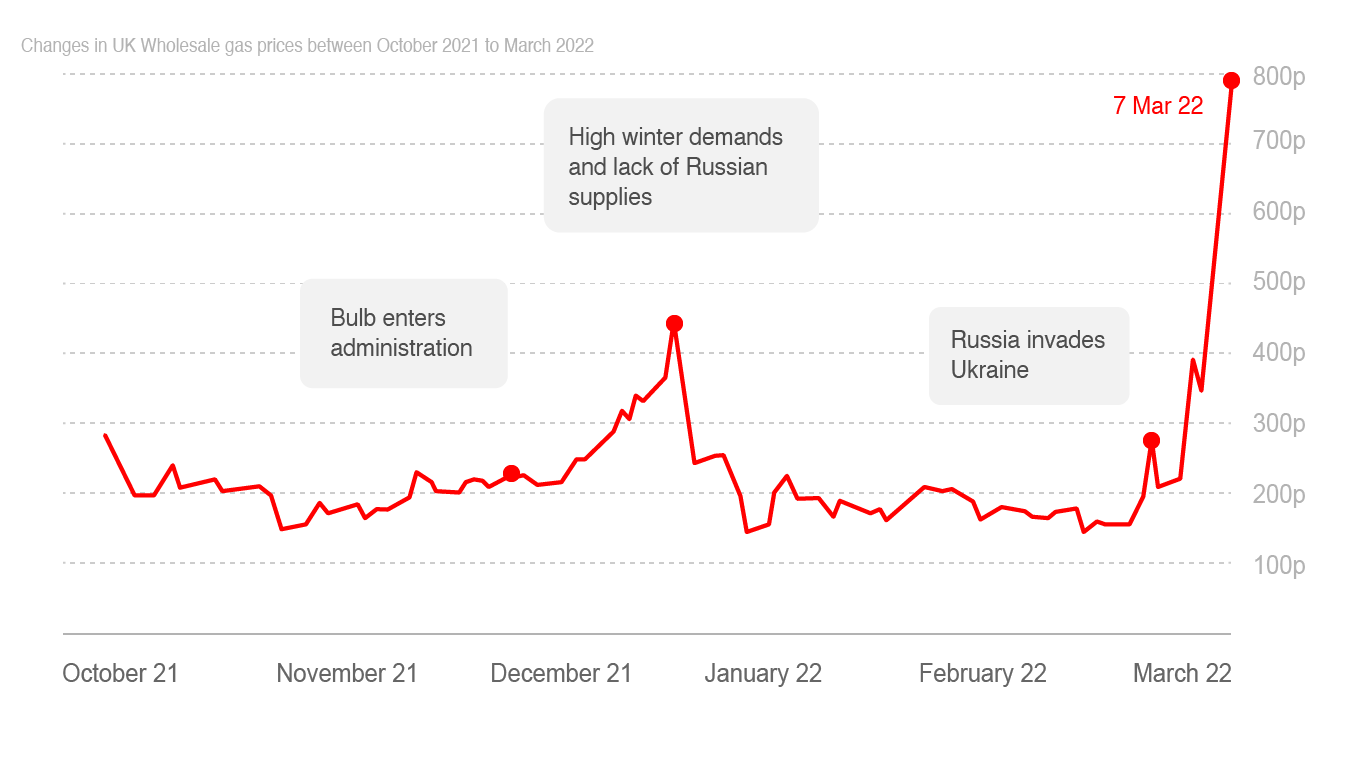 Prior to the military conflict, the ongoing, already rapidly increasing wholesale energy prices had cost almost 30 energy suppliers to go bust since 2021, affecting millions of customers across the UK.

The energy price cap was reviewed and set to rise to £1,970 in April, where millions of households will face doubling energy bills.

Analysts now say a further increase may be in store for October when the price cap is reviewed again, which could soar above £3,000. 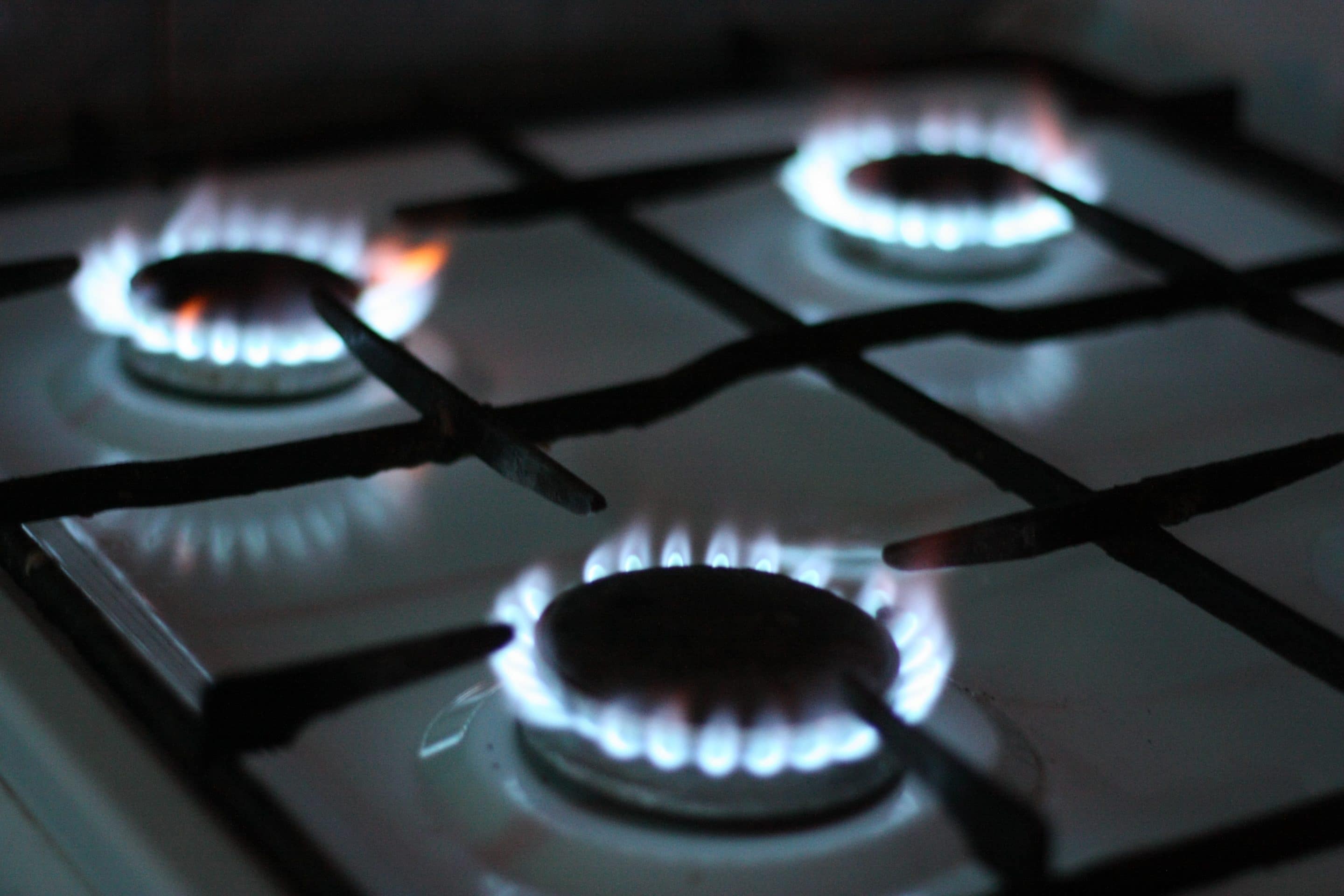 Apart from energy, many other living costs are also prone to be affected as a result of the conflict:

Oil is essential for powering ships and vehicles to transport goods. Currently, oil prices have increased past $100/ barrel, the highest in the past 7 years.

As a result, goods that require transportation (that’s everything, really) are likely to cost more. 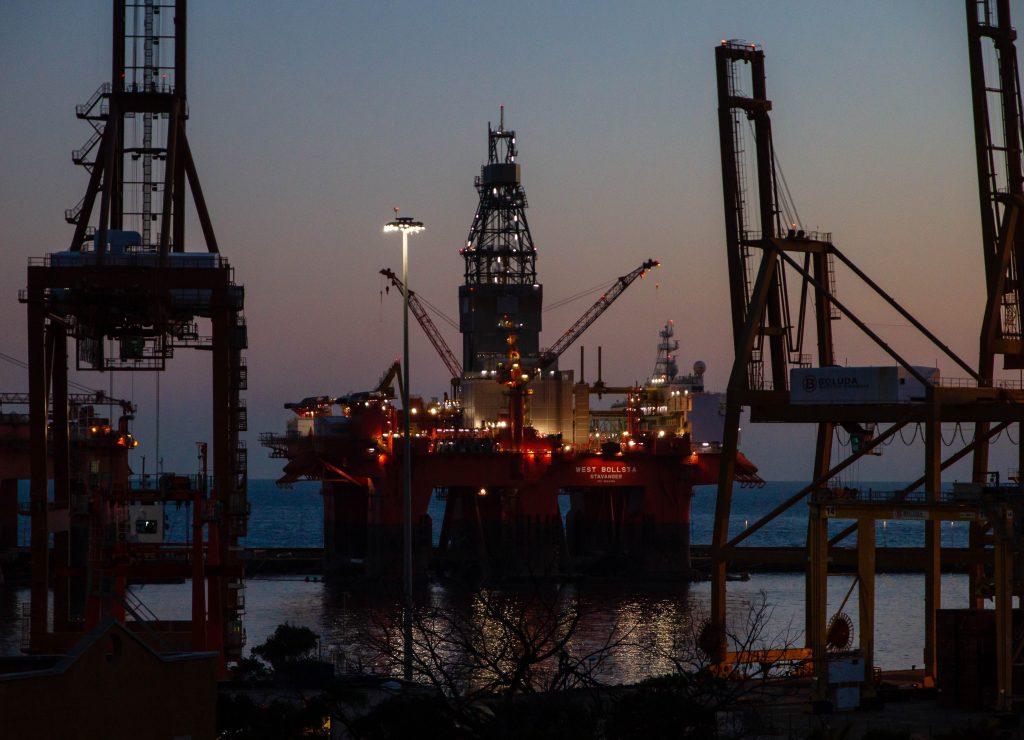 As oil prices go up, petrol prices are also expected to surge – the price of Brent crude oil has recently jumped 5.6% last Thursday, the highest it’s been since 2014. 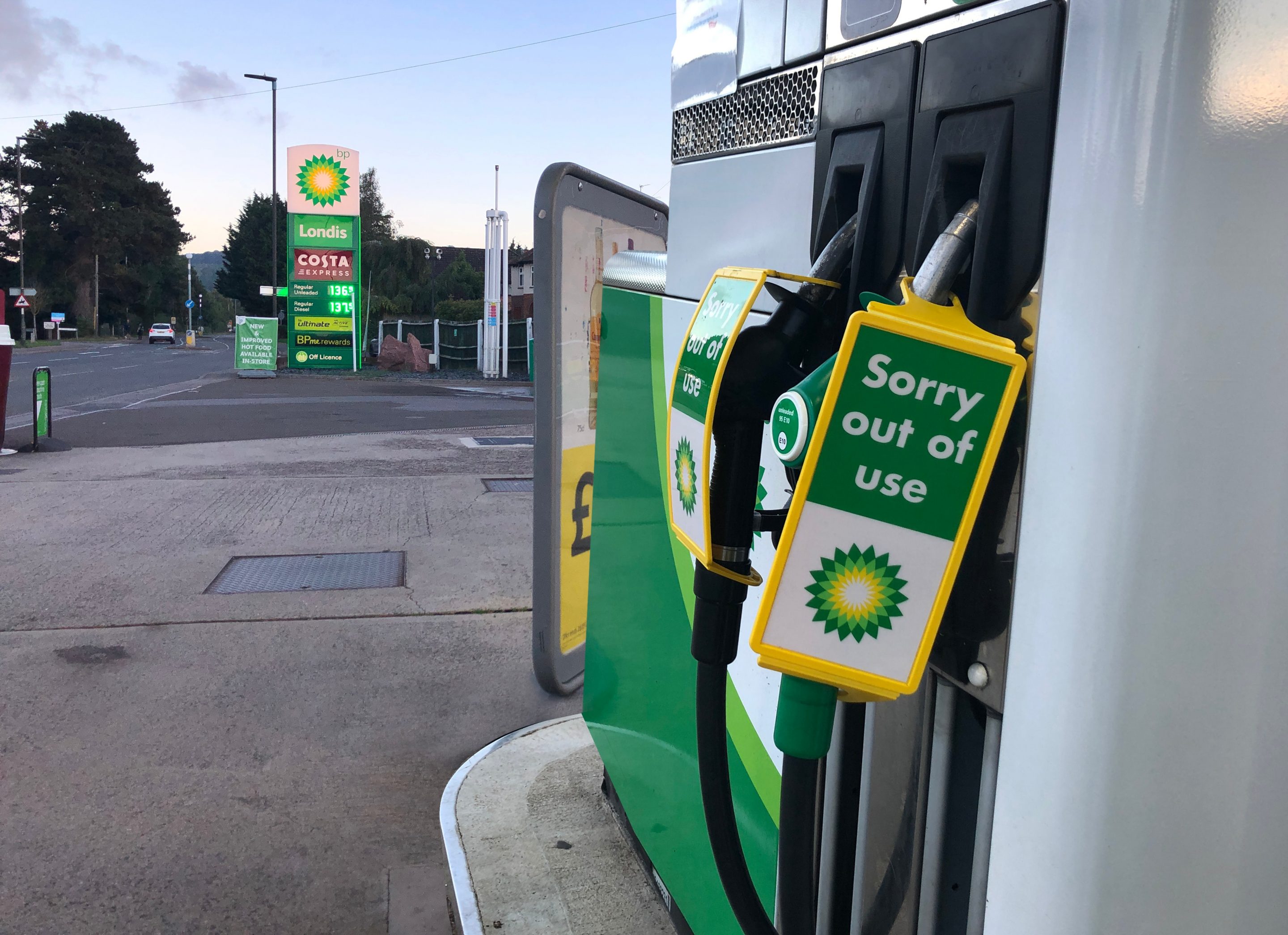 Wheat and corn are the main ingredients of a huge variety of foods and products, from flour, beer, chocolate drinks to meat substitutes.

Ukraine and Russia are major suppliers/ exporters of grains and fertilisers. Together they account for over a quarter of the global wheat trade.

With heavy disruption in production and transportation, the cost for production and exportation increases – in fact, grain prices are already on the rise, with a potential further 20%(corn) and 30%(wheat) increase if Ukraine exports were to discontinue.

The current UK inflation is already at a 30-year high, 5.5% as of January 2022. The Bank of England estimates half of the increase in 2021 was due to higher energy prices and predicts a further spike to more than 7% in coming April when the doubling energy bills come in.

“The government will do everything possible to safeguard our own people from the repercussions for the cost of living,” Boris Johnson has said. 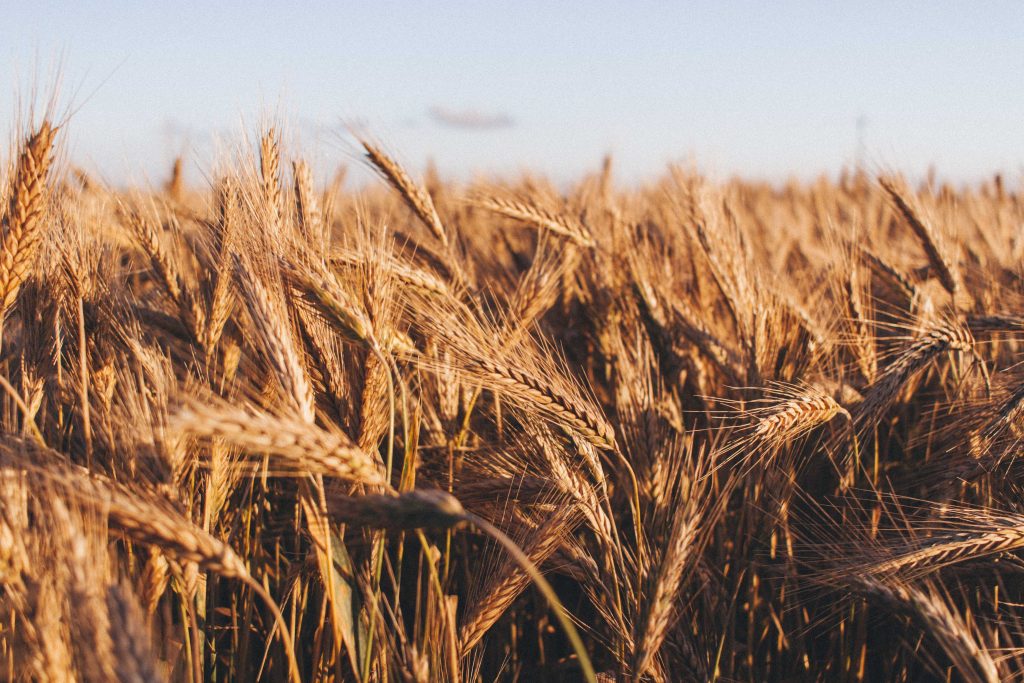