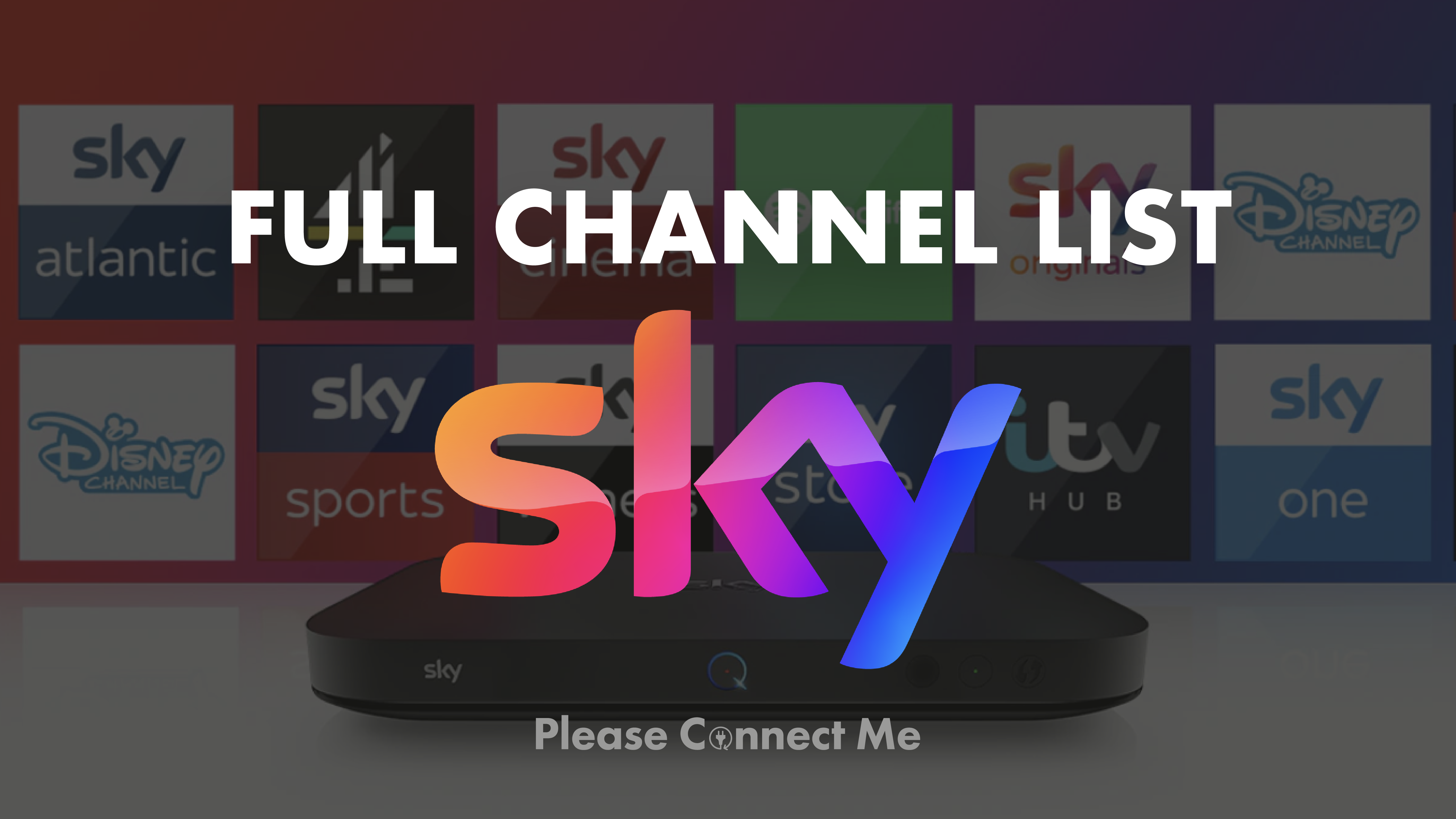 What is Sky TV?

In the UK all TV license payers receive Freeview TV, around 140 broadcast TV and radio channels based on region, at no additional cost. If you want to receive premium programming, however including US imports, live sports and new release movies, you will need to take out a digital TV package.

The most popular digital TV provider in the UK is Sky, whose best-in-class set TV box lets you watch, record, pause and rewind more than 300 live broadcast channels and 500 box sets.

What are Sky’s most popular channels?

With more than 300 channels in just their signature package, it can be hard to know where to start. Here are some of the most popular premium channels that Sky offer and what you can expect to watch on them.

The only place to watch HBO programs on UK TV, Sky Atlantic airs blockbuster shows like Succession, Euphoria and Westworld already. Starting August 2022, it will be the first place in the UK you can watch the new Game of Thrones spin-off ‘House of the Dragon’.

If Sky Atlantic is home to the biggest shows of the moment, Sky Showcase is all about your all-time favourites. Airing a mixture of comedy, dramas and documentaries it’s the place to catch everything from classics like ‘the Fresh Prince of Bel-Air’ to the latest episodes of ‘The Late-Late Show’ and ‘The Simpsons’.

Sky doesn’t just air the best shows from other networks, they also produce original shows and series like ‘A League of Their Own’ and new seasons of ‘Never Mind the Buzzcocks’. If you’re in the mood for some fresh laughs, Sky Max is the channel to watch.

A Sky package isn’t just for subscribing to Sky’s exclusive channels, you’ll also get access to these flagship speciality channels and more than 200 others. There will always be something new to try, no matter what you love to watch.

If you love live sport then you’ll love your Sky TV package, bringing you more nail-biting moments and epic celebrations than any other provider. All Sky subscribers get access to Sky Sports Mix and News, and if you love sports you can subscribe to Sky’s 9 dedicated Sports channels to make sure you don’t miss a moment.

Sky  Sports includes two dedicated football channels, Sky Premier League which airs around 65% of premier league matches in the UK and Sky Sports Football, which airs other leagues including the EFL, Scottish premiership and Bundesliga. If you want to make sure that you’re not missing anything, BT Sports channels and their selection of premier league matches can be added as part of your Sky package.

Sky Sports Cricket is a dedicated home for cricket on TV, showing national and international fixtures and live IPL coverage. The Ashes tournament airs on competitor BT Sport’s channel, so die-hard cricket fans will want to make sure BT Sport is included in their TV package.

Sky air some of the biggest US leagues and games, including live NFL and NBA coverage. If you’re an MLB fan make sure you include BT Sport in your package as that’s the UK home of baseball.

There’s still plenty of nail-biting sports coverage that you can receive as part of Sky’s signature package, without any additional subscriptions at all. Sky Signature include Sky Sports News and Mix, as well as Eurosport 1 and 2. Between them, these channels will keep you busy with top selections from the worlds of Athletics, Cycling, Basketball, Cricket, Tennis and more.

As with Sports, any sky package will give you loads of options for watching great movies, with Film 4, TCM Movies and Movies 24 included as part of the signature package along with hundreds of films to stream on-demand through Sky Go. For those who can’t get enough movie magic at home, Sky Cinema is invaluable, adding at least 9 dedicated movie channels to your TV package that are regularly updated to offer great seasonal choices.

Right now the Sky Cinema package includes Sky Cinema Hits, Greats, Animation, Action, Comedy, Sci-fi and horror, as well as Sky Cinema Premiere. Premiere is the first place to watch all the latest film releases in the UK, with April and May’s lineup including Dune, The Many Saints of Newark, Venom II and Ghostbusters: Afterlife.

There’s plenty for kids to enjoy as part of Sky signature, but Sky’s dedicated Kids pack means you’ll never hear a complaint about there being nothing to watch again. Cartoon Network, Nickelodeon, Nick Jr and Boomerang are included as part of the package for cartoon lovers to enjoy.

In addition to more than 300 English language channels, Sky Signature includes more than 20 channels broadcasting in Hindi, Urdu, Punjabi and Arabic. Enjoy Bollywood movies on B4U and Zee Cinema, get caught up in the drama on Rishtey TV or keep up with the top reality shows and soaps on Sony Entertainment Television.

Sky also make it easy to keep up with news from all over the world, with PCNE, Sky News Arabia, Politics Punjab, CNN International, Dunya News, RTE News, NBC No, Vox Africa  – and many others – broadcasting 24 hours a day.